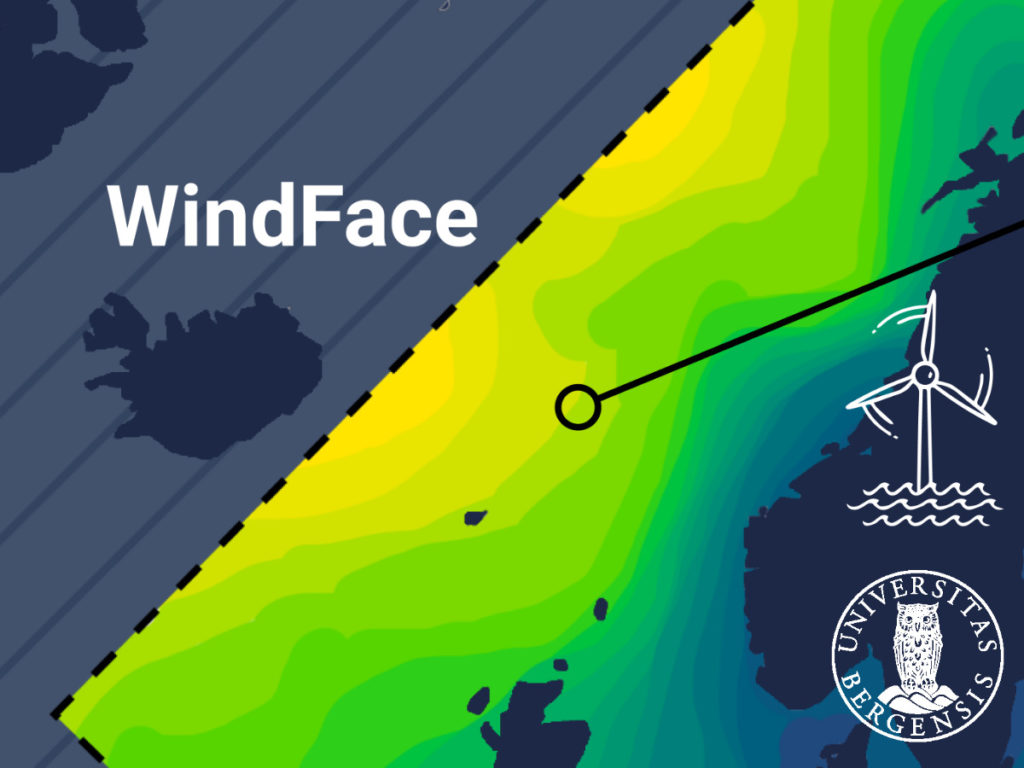 WindFace was developed in collaboration with BOW and as part of the course «Bachelor's Thesis in Media and Interaction Design» in the spring of 2021, by Bjørne Oma, Susanne Sundal Clausen, Anniken Bråthen and Emilie Munthe-Kaas. 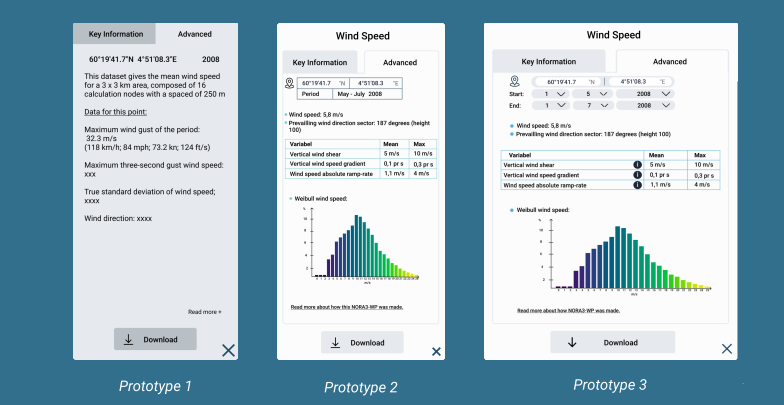 WindFace is a web-based visualization tool for wind data that aims to be useful for both experts and non-experts. Norway is one of the leading nations in the world when it comes to production of renewable energy. Still, knowing where the best positions to place wind turbines are, is not easy to learn.

That is why Ida Marie Solbrekke at Bergen Offshore Wind Centre (BOW) has made a dataset containing a lot of historical data about offshore wind, to make the positioning of wind parks, and the subsequent production of clean energy, an easier task.

The goal of this project has been to help Ida Marie Solbrekke, a doctoral research fellow in offshore wind energy, visualize the dataset NORA3-WP, which she made as her doctorate.

Through the course of this project we have made a lot of changes to the prototype. Based on feedback from the user tests we made several improvements on the original design.

To visualize the data in the map, we used the viridis colormap. The scale goes from a dark purple to a bright yellow, and has some big advantages over other commonly used colormaps, like Jet. In the first prototype the users found it difficult to read the color values in the map.

To solve these issues, we divided the color chart into 25 parts, each representing one m/s change in wind speed. We also changed the map to reflect this, now showing clear lines between the different values

To better signify that the outside area has no data, we changed the color to a gray that is not present in the Viridis color palette. 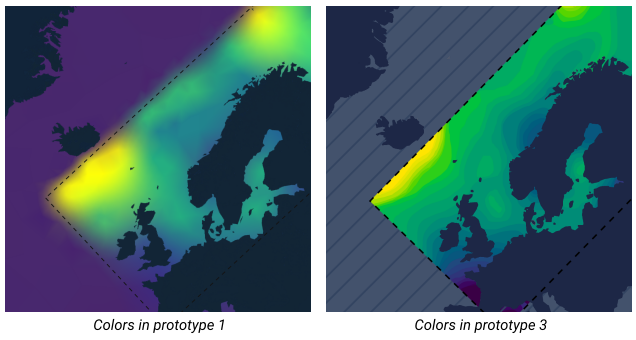 The students have also done tests on how to best imrpove the area selector, the options to dowload data and the prototypes variable selector. 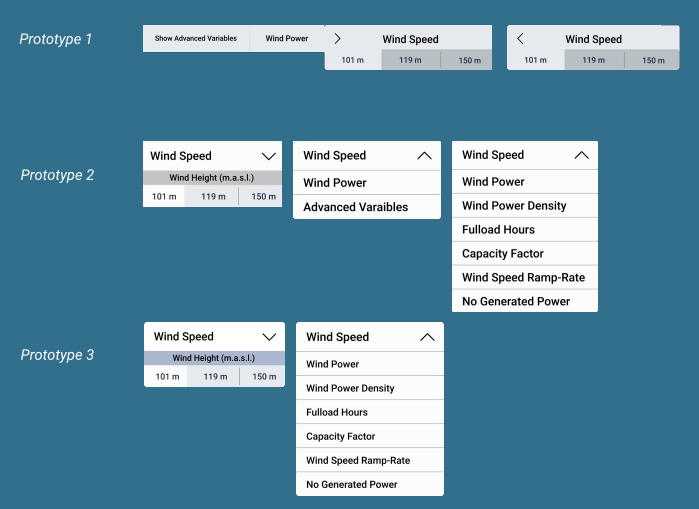 The evolution of the Variable Selector. 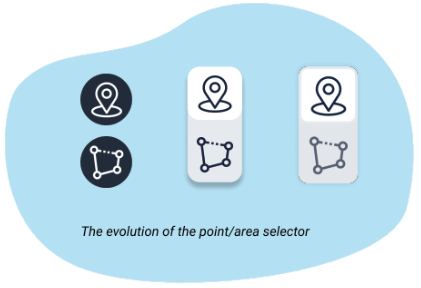 The area selector is made more cohesive according to the overall design.

“The collaboration between me (on behalf of BOW) and the students has been excellent. Everyone has listened to each other, provided insights and comments, and respected each other. All the students, and me as the company, got to play their role in the development of WindFace. We in BOW hope this project, and the resulting prototype, can be further developed into a complete and fully functioning product. I, on behalf of BOW, would like to thank the students for a great collaboration”

If you want to try the WindFace prototype for your self, click the link below: