- Lifelogging is heaven and hell for developers

Lifelogging is an emerging practice where photographs and all kinds of other information about yourself and your surroundings are stored and presented in creative ways. Students at Media City Bergen have explored possible use cases for lifelogging.

The lifelogging prototypes were demonstrated at an event in Media City Bergen in November 2021. (Photo: Joao Ribeiro).
Lars Nyre

In the autumn of 2021 students at the University of Bergen (UiB) worked on creating functional prototypes of lifelogging solutions. Three prototypes were made as part of the master in Media and Interaction Design (MIX) at UiBs Media City Campus, more specifically the course MIX301: Media Technology: Theory and Development.

TekLab aims to continue the exploration of lifelogging in 2023 based on the learning outcomes from the master explorations described here.

The students worked in groups to explore topics of their own choice. They all ended up working with psychologically important issues like emotions, lies and stress. The prototypes were "provocative" in that they explored use cases that might not be easy to realize commercially due to privacy concerns. These concerns were addressed actively at the course.

Click on the links to study the details of the three prototypes.

WIME - What Is My Emotion was made by Kaja Hustad Bendiksvoll, Svenja Lys Forstner and Thale Knudsen Kirkhorn.

Liewear was made by Sunniva Eide, Simon Iden and Marcus Leikfoss Swensen.

Lecturer and course leader Duc Tien Nguyen at UiB collaborated with Cathal Gurrin from the School of Computing at Dublin City University, Ireland. We talked to them about lifelogging as a topic in master education.

- Lifelogging can be so simple that most of us already do it every day, says lecturer and course leader Duc Tien Nguyen.

- Your emails, your visited places on Google, your favorite songs on Spotify, or your "continue to watch" movies on Netflix, are all in one way or another your life logs. Lifelogging is also so complicated that it really requires interdisciplinary research for example regarding privacy and ethical concerns, says Tien Nguyen. 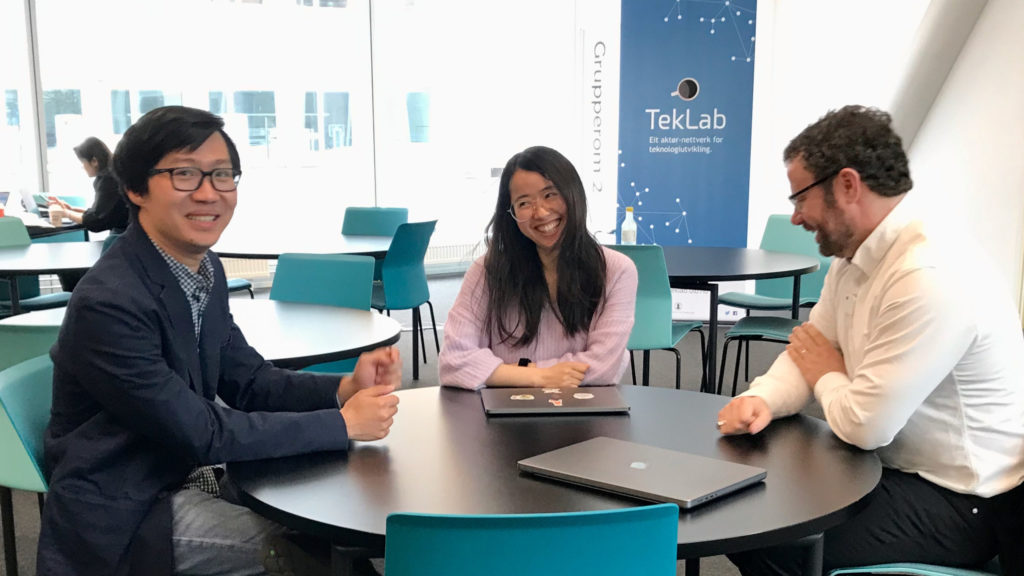 Gurrin is a pioneer in the field. He created the very first datasets that were used in the research community. He has been lifelogging his own life since June 2006, with 16 years of lifelog data, including wearable camera data, location data, and more recently healthcare data, computer usage data, and more.

- Lifelogging is heaven and hell in one place. What better theme for our master students! There is room for innovative ideas, new UX concepts, new technologies, new research methods, and new collaborations, Duc Tien Nguyen says.

- This topic is both intellectually challenging and facilitates students to learn by exploring their own data. Students are more engaged with their own data than with some random dataset downloaded from the internet, Cathal Gurrin says.

- The personal data gathering can really difficult. It does depend on the type of data gathered though. Simply downloading fitbit (or similar) data for analysis is not as difficult as putting on a Point of View wearable camera for example. What is most impressive is the level of engagement that I saw from the students. The interest shown in analysing and understanding their own data was phenomenal. I can see many of them keeping this activity as they move forward in their lives, says Cathal Gurrin.

The students were asked to explore personal data analytics techniques for lifelogging using cameras, microphones and biometric information. They were expected to make conceptual and partly functional prototypes with technologies that are not established in the business.  These are experimental projects, with no legal or ethical limitations on what the student can make, and no expectation of short term commercial value.

- The most difficult task they had was to master fundamental knowledge from UX, data science, lifelogging, and data protection in the very short time that a 15 study point course has available, , says Tien Nguyen. 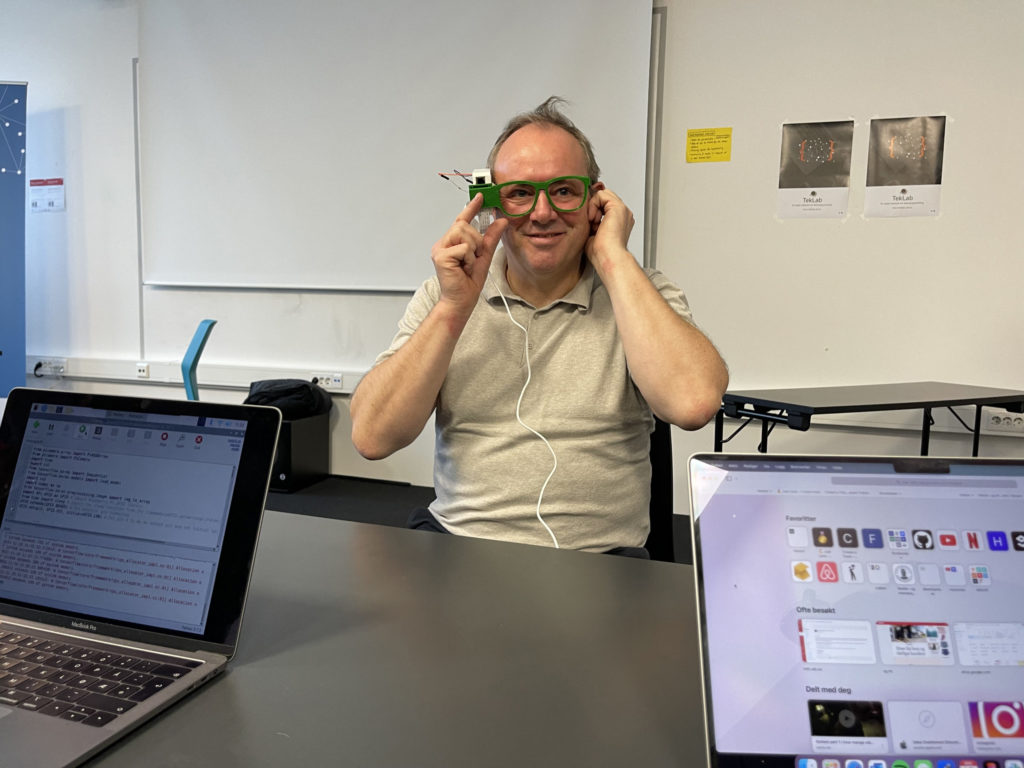 There are many ethical dilemmas in such applications. Other people, whether they are family, friends, colleagues or strangers, are bound to also be registered to different extents.

Teklab contributed to the explorations by organizing a privacy workshop at MIX301 with contributions from professor Lars Nyre, associate professor Kjetil Rommetveit and TekLab adviser Audun Klyve Gulbrandsen, among others.

Associate professor Malgorzata Agnieszka Cyndecka at the UiB Law Faculty is central to the exploration of privacy. For several years she has engaged her students in evaluations of privacy issues in media prototypes made by students in Media City Bergen. Read more about these evaluations here. 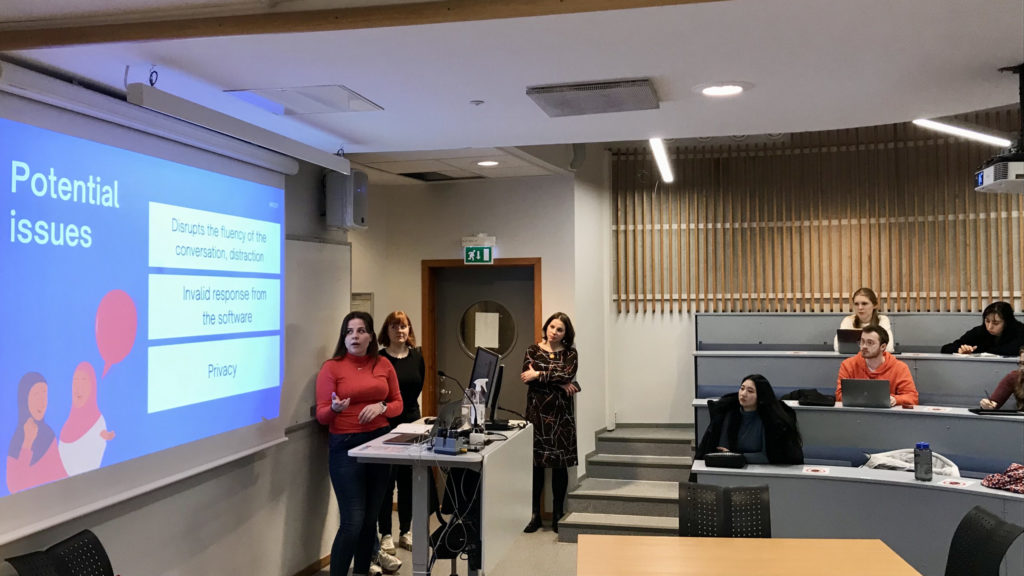 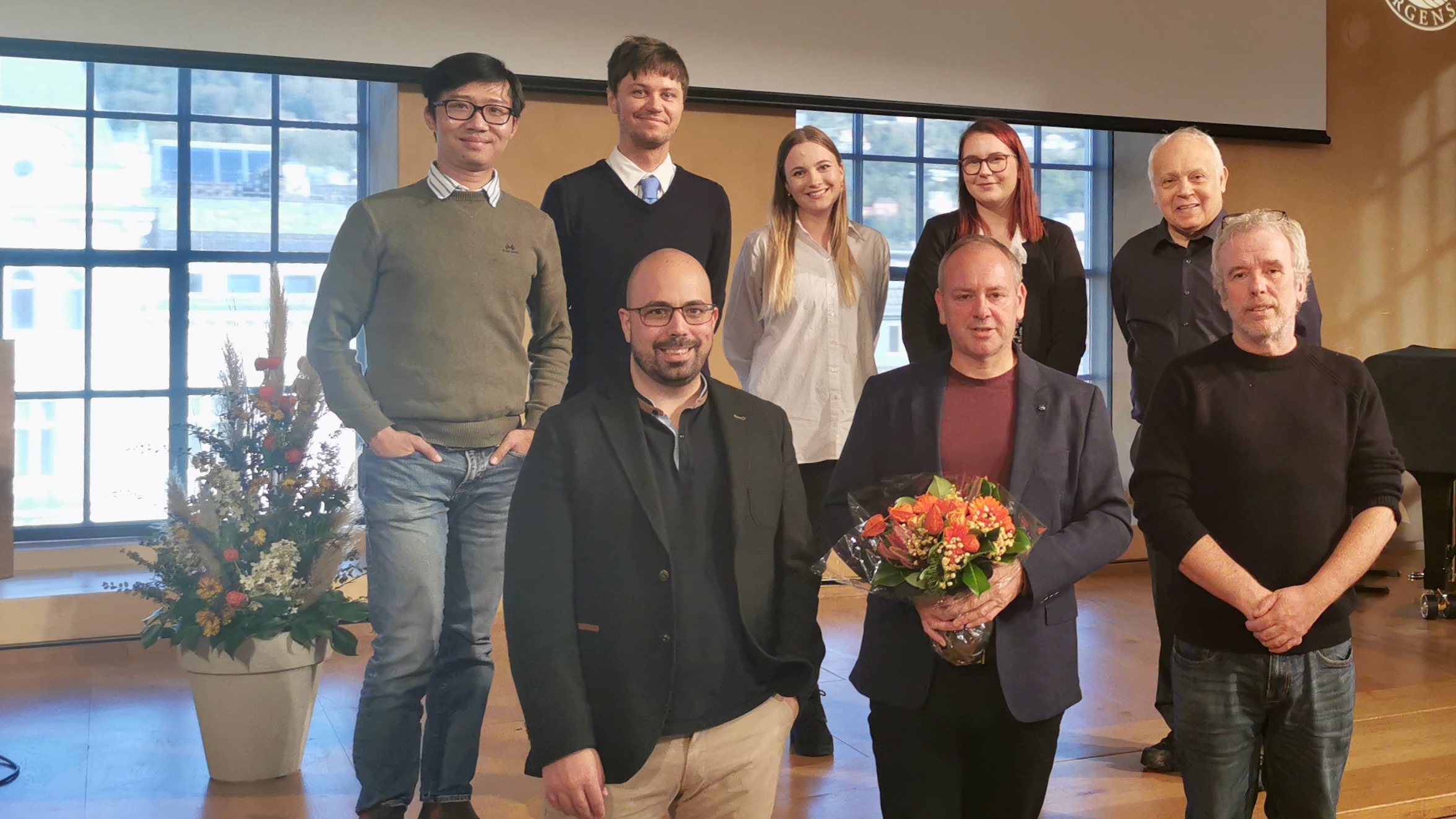 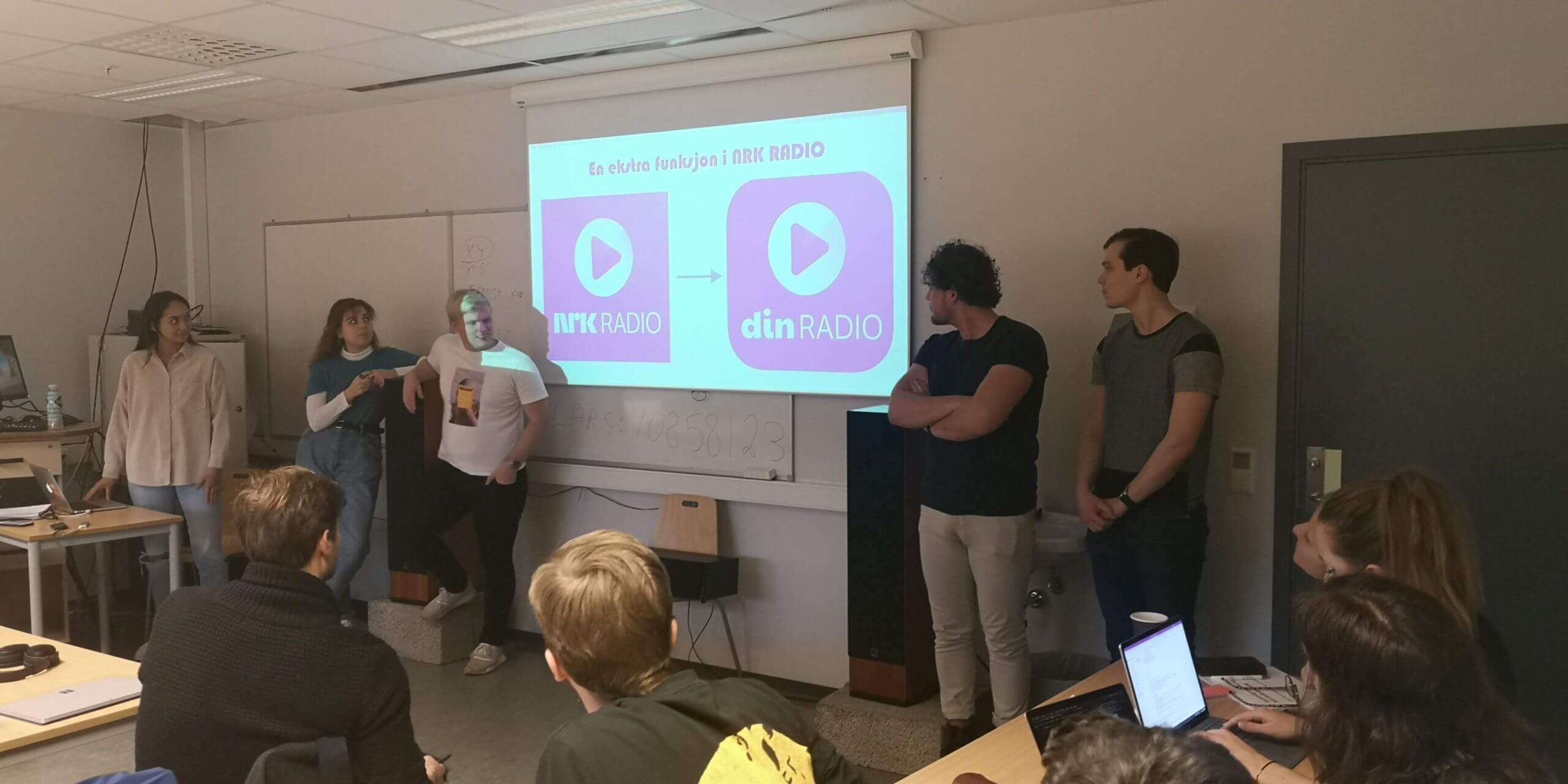 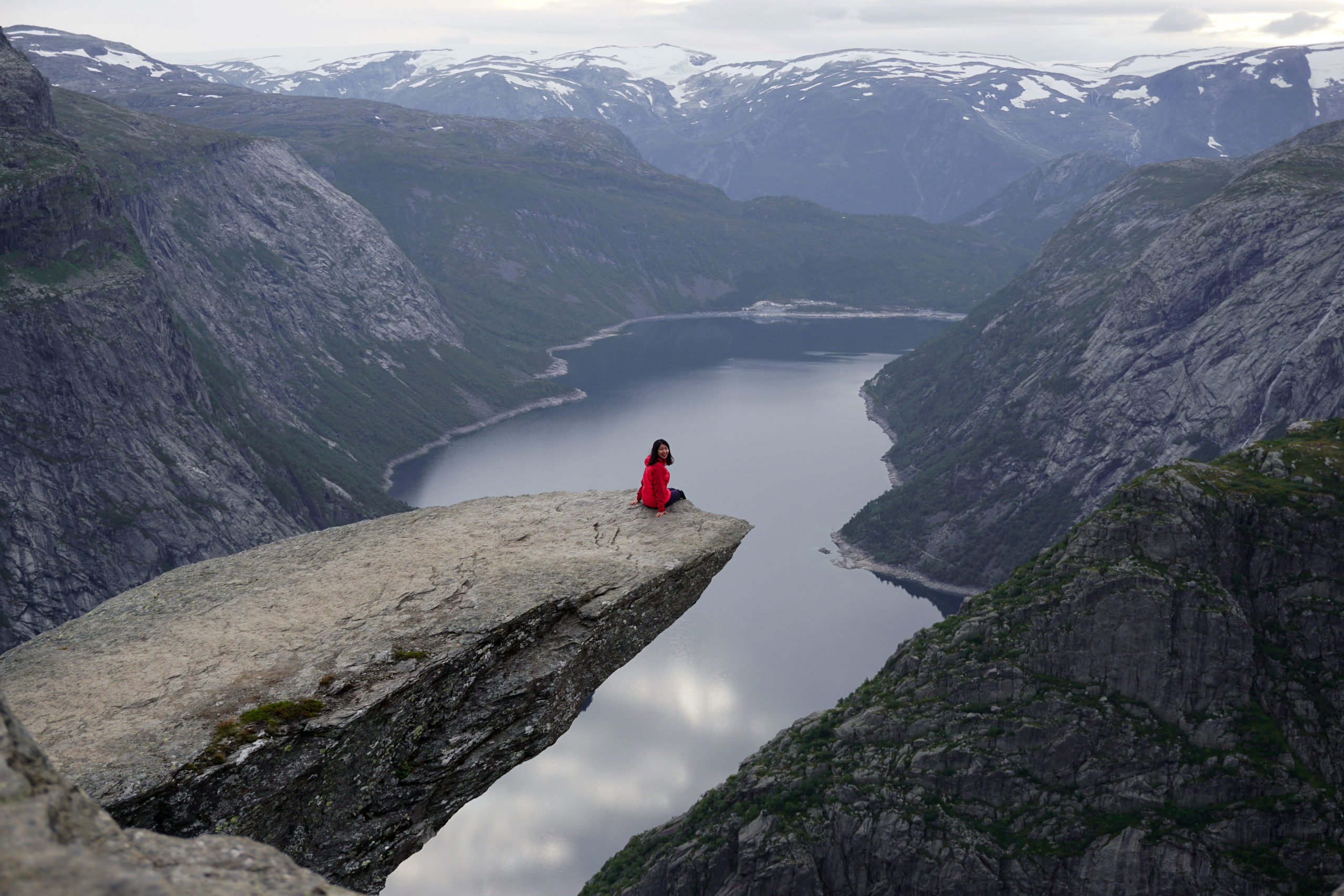 First ever Erasmus intern at TekLab 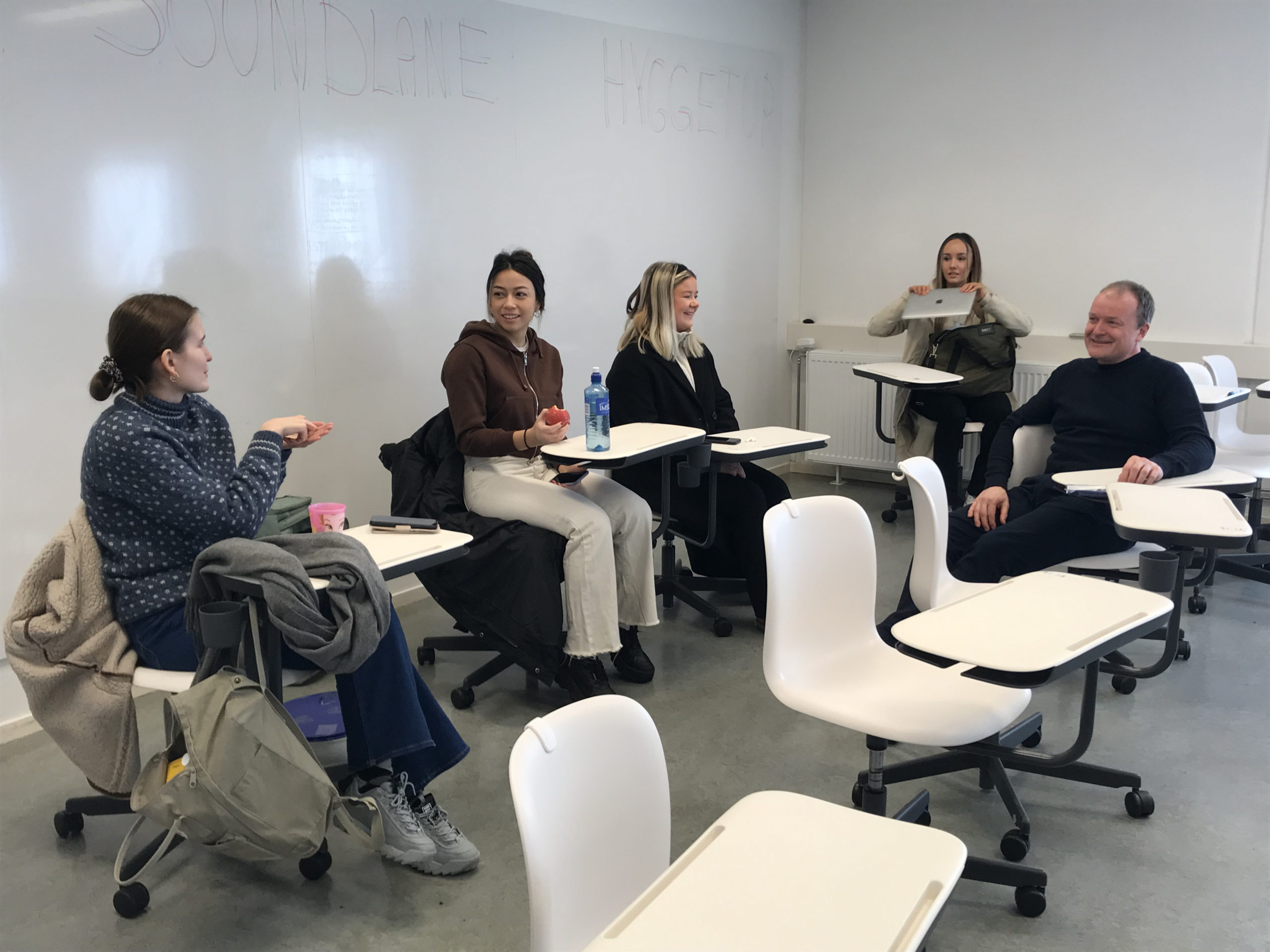